The Economy of Cites, by Jane Jacobs

This is a collection of my thoughts about “The Economy of Cities”. I’ll hopefully write something more polished at some point. This is the first in a reading series of books about cities and I’m looking forward to a little more compare and contrast once I’ve read a few more books.

Jacobs presents cities as organic systems that thrive when they are diverse and their citizens are free to busy themselves as they see fit. The biggest contrast that she sets up is between big, chaotic cities and rigid, organized company towns. A company town is efficient and impressive, and thus able to make a lot of money when it’s product is in demand. But as needs change and the company’s product is not longer needed, the whole city declines. Whereas, a chaotic, diverse city won’t have the efficiencies required to make huge profits, it will have the agility to make new things as time goes by.

It’s this ability to make new things that Jacobs portrays as a city’s differentiating trait. What does a thriving city create? Newness. The city is a place of progress, of shaping the future. This is true of philosophies, lifestyles, products and so on. A city does not become successful by being good at any particular thing - it becomes successful by being good at doing what has never been done before.

This theme of new things makes that path that Jacobs leads us along. First she talks about the centrality and primacy of cities (vs the countryside), then she discusses how new work appears in cities, then how this new work feeds into the processes that leads to growth and many more new things.

Jacobs starts by defining a flow, a direction, a broad arrow. New ideas start in a city, they are nurtured to maturity in the shelter and support of the city. Once a process is stable and prone, it moves out of the city. The demand for new things comes from cities. 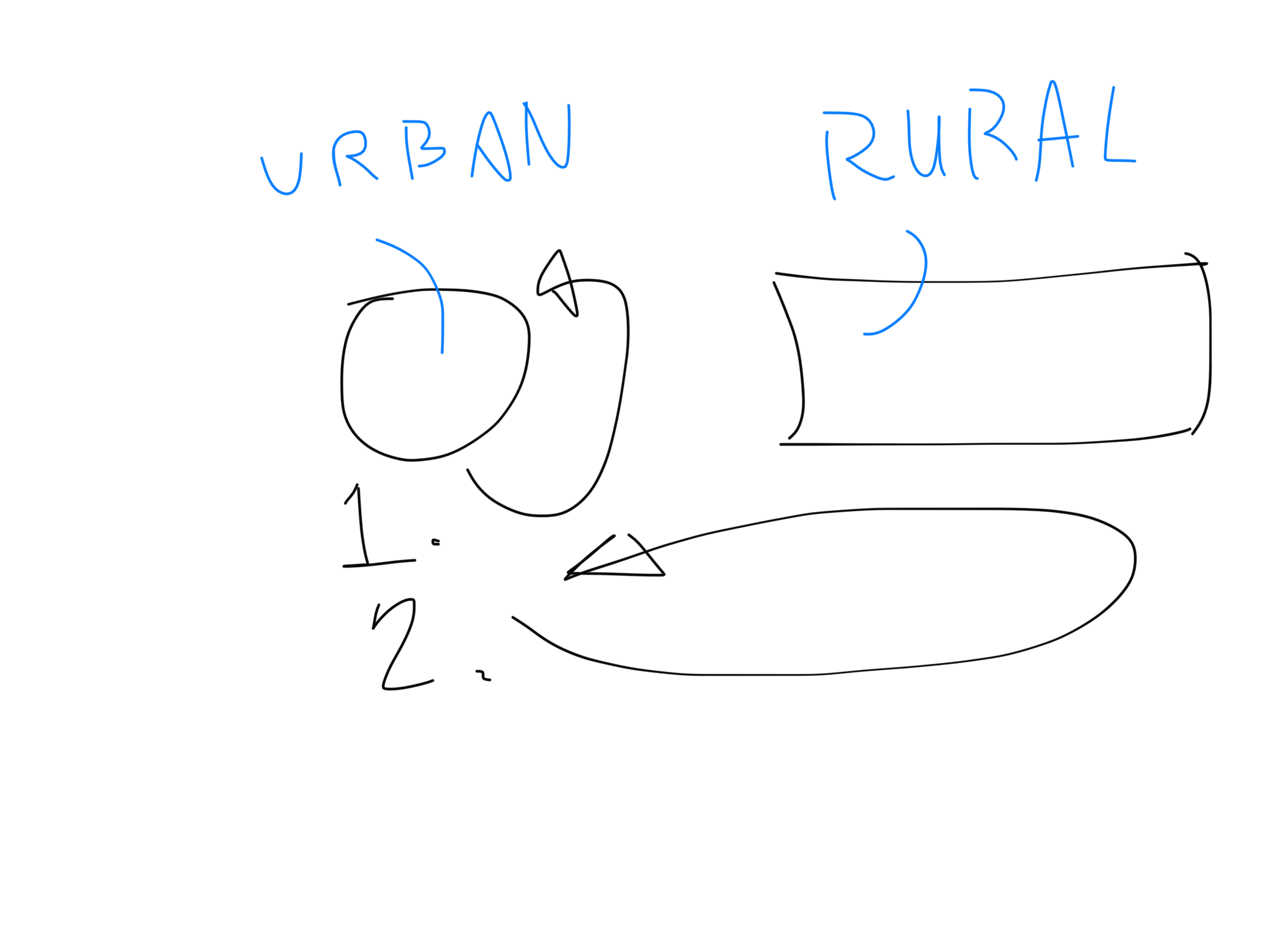 Jacobs’ model has cities firmly at the centre.

New work begins by the subdivision of a task and the transfer of ownership for each “sub-task” to those performing it. An independent sub-tasked is motivated to find new markets and new products for their skill set. An integrated supplier is motivated to stay on task and meet the existing goals and be efficient.

A degree of inefficiency is required to reproduce.

Integrated supply chains and political governance. When governance breaks down, business have to look after themselves. They need:

When the government is not able to provide this, there will be pressure on smaller firms to join together and conglomerate. Processes in the conglomerate can handle dispute resolution and financial matters.

However, this conglomerate / integration can also bring a pressure for efficiency and focus on current work - reducing the fertility for new developments. 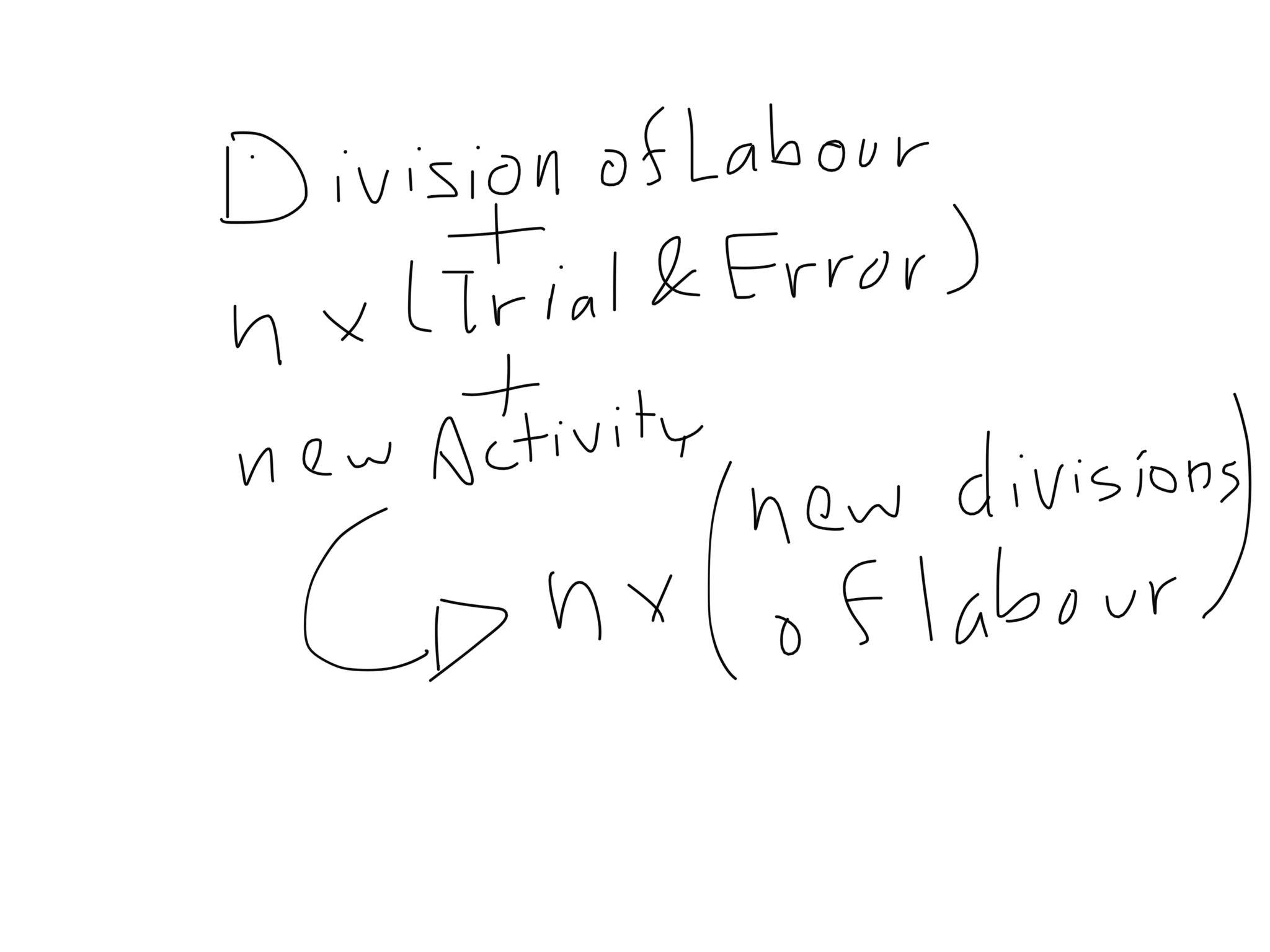 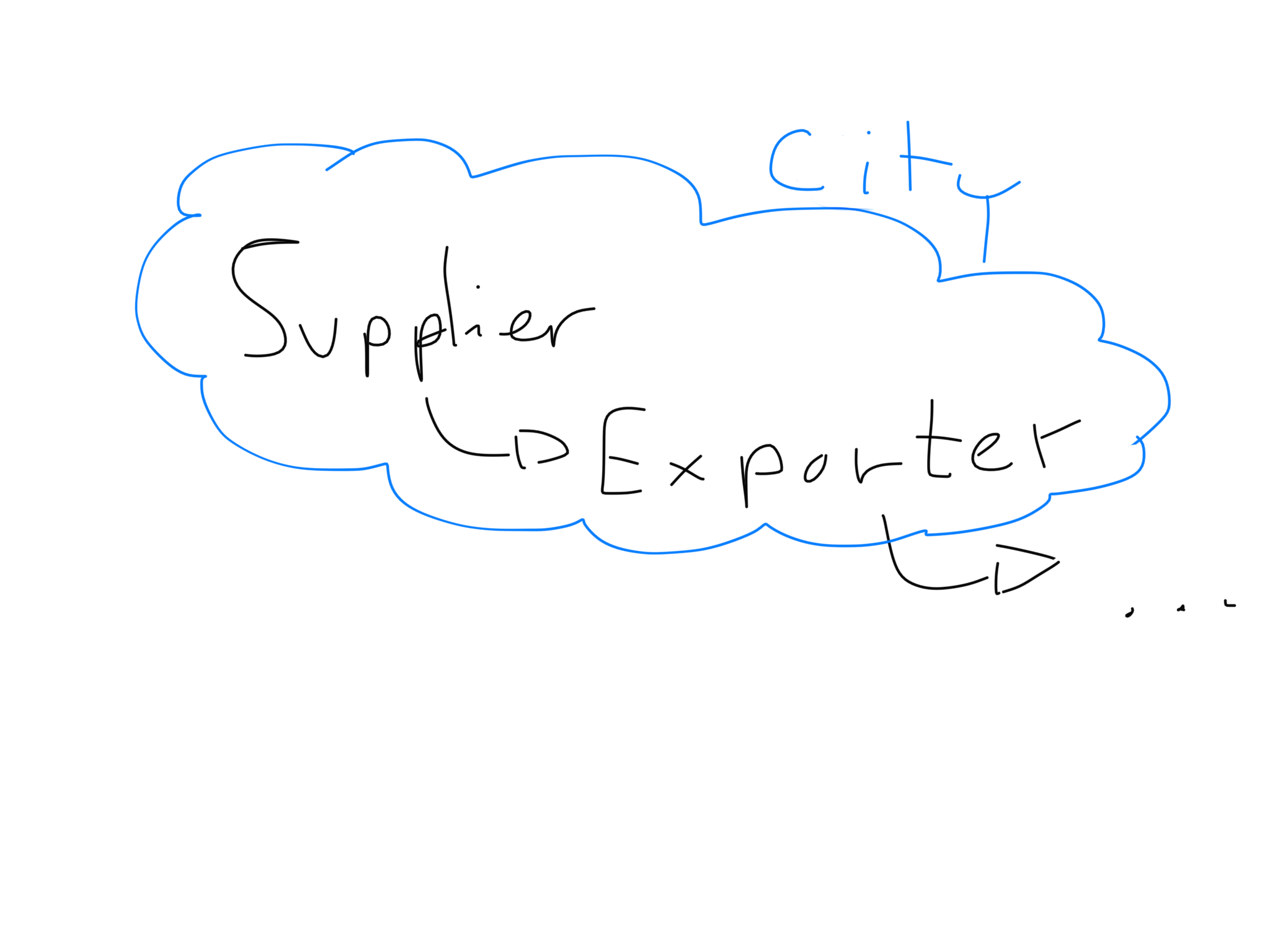   Local suppliers become exporters in their own right and grow their base of suppliers.

It’s not so much a reciprocating system as a flow of business:

This progression means that the character of a city can, will and must change.

Once cities grow to the point where no single entity can control them, are they then at critical mass? Does natural growth and progress require that a city not have a single dominant stakeholder? Pg. 157: “[Chicago] manufacturers were so diverse that no particular product seems to have been of special importance in itself.”

City growth is, according to Jacobs, a step by step process. One thing naturally leads to another. This is the cheapest, least risky way to proceed. So there is a paradox:

In a sense, the “city” - it’s established citizens and companies carries the large setup cost: systems of supply, marketing, sales, workers, etc… It allows a new business to access it just by paying rent.

Jacobs defines a city as a singular thing and much of her discussion of growth revolves around imports and exports ( growth is proportional to exports / imports to some power). Is this demarcation of the city boundary, and subsequent focus on what things cross it, arbitrary?

pg. 157: “In the twelfth century, Paris had been no larger than half a dozen other French commercial and industrial centres, notable perhaps only for being less specialized in any way than the others.”

pg. 157: “The city fathers [eg the primary stakeholders] tried to stop the great growth of the city … But the mighty economic force exerted by the growth of Rome’s local economy was not halted”

(Question: what sources of data exist to shed light on the question of city imports and their relationship to growth?

Things that can be imported and exported: 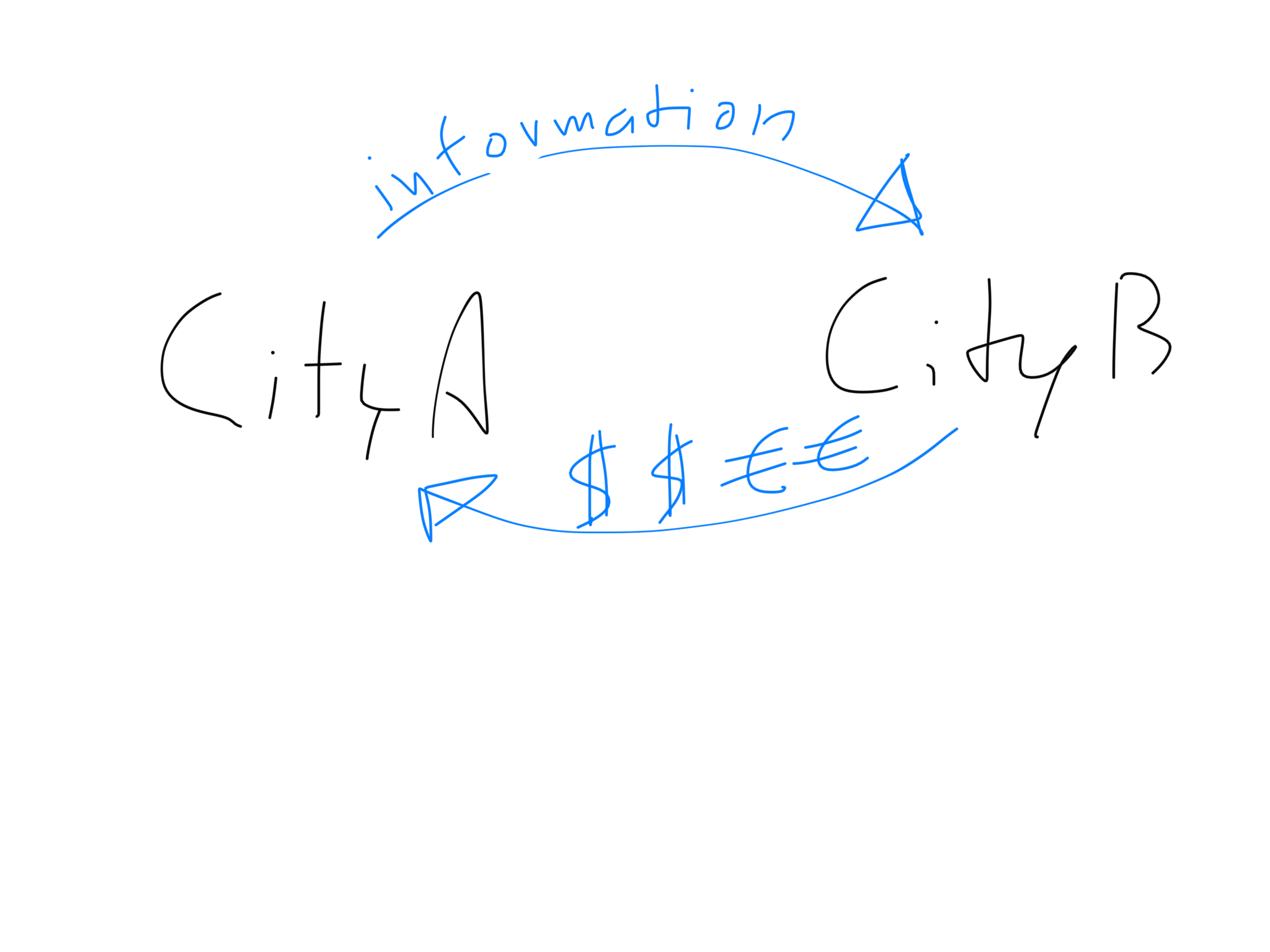 Import Replacement leads to growth because to replace an import, you need to increase your headcount.

Briefly, this chapter emphasizes that not only do businesses need to be set up to create new divisions of labour and new products, but financing needs to be in place for these new ventures. All the support structure for Many more types of work can be exported.

Discuss this page with @ddkto view my profile on GitHub

This page was generated by GitHub Pages using the Architect theme by Jason Long.